Visual Artists Guild
presents
Spirit of Freedom
at the Almansor Court
Sunday May 26, 2019

You are cordially invited to join us at a

A Special Event to Commemorate the Tiananmen Massacre and to Celebrate the Fall of the Berlin Wall & Freedom for Eastern Europe. 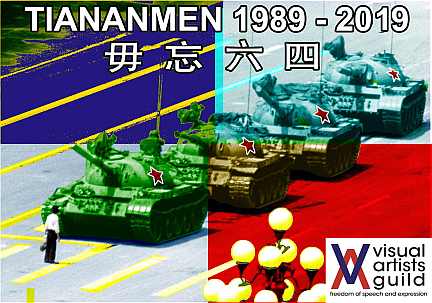 In the spring of 1989, Beijing erupted with the largest spontaneous demonstrations the Peoples’ Republic of China had witnessed in its 40-year history.  The pro-democracy movement quickly spread to over 30 cities around China before the world witnessed the horrors of the government’s brutal crackdown.  As the Chinese people fled from the tanks and guns, they asked the international press to let the world know the truth.


The iron curtain divided Europe for more than 40 years and "the Berlin Wall" surrounded East Berlin for more than 28 years.  In 1989, Poland, Hungary, East Germany, Czechoslovakia and Romania collapsed under its own repressive weight.  The fall of the Berlin Wall became the symbol of the Miracle Year of 1989.